Let me start you off with a riddle:

Alabama has two, Alaska has none.

What is it? ...Don't know? Ok, I'll give a hint, it starts with an A.
You got it, Anthropologie! That's right two stores in Alabama and not one in Alaska. Big surprise there. (Can Alaska be technically considered a real state without an Anthropologie store?)

Since we're on the topic of words that begin with an 'A', how about some other fun ones.
Abstinence. Abstinence is very popular in Alaska.
Abortion. Abortions are just so Antiquated.
B-words anyone? - B is for Bristol.
Bristol's Been a Bit Bad...
Bristol does not like Abstinence.
Really though, I couldn't care less what Bristol Palin chooses to do with her life. Gosh, she's just seventeen. She's a kid; kids make mistakes. (I wish her 'mistake' turns out to be healthy and cute.)
With all the Buzz lately about the Republican VP nominee, Sarah Palin, and her being a woman and all, (a real lady - she can skin a moose, you know) with five children, I was beginning to feel left out being the only female blogger not having discussed her, hence I decided to throw my two cents in.

If only we can have a vice president (or a president for that matter), parading around in the ensembles above, wouldn't the world be a better place (geez I just pictured Obama wearing this stuff, not a good image). I think Palin is a hottie and Anthropologie should send her a complimentary wardrobe. Some fuzzy sweaters and frilly underwear should soften her up a bit. The question is, would she wear it?

Do comment with some more fun A-B words.
Posted by Sophie at 10:26 PM

Abysmal. It is abysmal that there is no Anthro in Oklahoma either. :)

Boring. Sarah Palin has made this election a whole lot less boring. :)

Antiquated. That is what I thinjk of a certain VP nominee's views.

Botched is what I think of her most recent interviews.

articulate - what a certain VP wanabee should be -- and ain't

banal - what a certain someone is

I'm just amazed that founder, Richard Hayne, hasn't already donated tons of clothes to Sarah Palin, since his politics are just like hers. I've always loved Anthropologie's clothes and catalogues (I keep all the catalogues because they're so beautiful!) And yet, I'm disturbed that whenever I buy their stuff, I'm supporting an extreme-right wing agenda that I do not support in my voting.

Hayne got lots of flak for donating to Rick Santorum's campaign, and he infamously lied about it (tried the usual 'deny deny deny until they present the evidence and then switch to refusing to comment') tactic.

Then, reading the blog post at Jezebel about the treatment of black customers and minority retail staff at Anthropologie, has really made me think twice about the store. Because I know I'd be kidding myself if I didn't acknowledge that it's really all about the money-- political contributions of wealthy CEOs make a lot more difference than my dinky 1 vote, so it does matter where I spend my money.

I guess I'd better go learn to make my own clothes! :-)

(For those who are curious-- here's the Jezebel post:
http://jezebel.com/gossip/i-work-retail/anthropologie-doesnt-care-about-black-people-285414.php ) 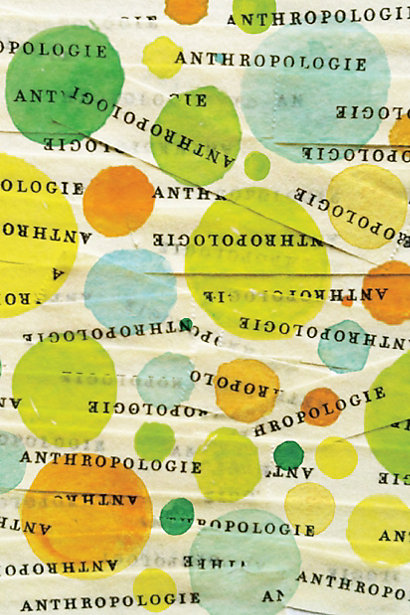 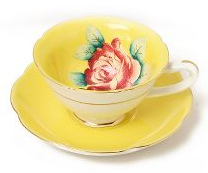